How to interpret the results from a regression analysis? It depends on the question, theory, data quality, and more. But we also need to understand the numbers that Stata produces in the output. In this post we will look closer at them.

Below are the results from an analysis from an American survey conducted in 2018. The dependent variable is how much the respondent earns in a year, in US dollars. The independent variable is how many hours the respondent worked last week. In the real survey there are thousands of responses, but here I randomly selected 46 of them to make the results a little bit easier to show.

The other values on the row of the intercept mean the same thing for the intercept as they did for the b-coefficient for hrs1. But they are seldom of theoretical interest and are rarely interpreted.

We can also have a look at a scatterplot that shows the regression analaysis. Some of the things we saw in the output can also be seen in the graph, and are denoted with the same letters: 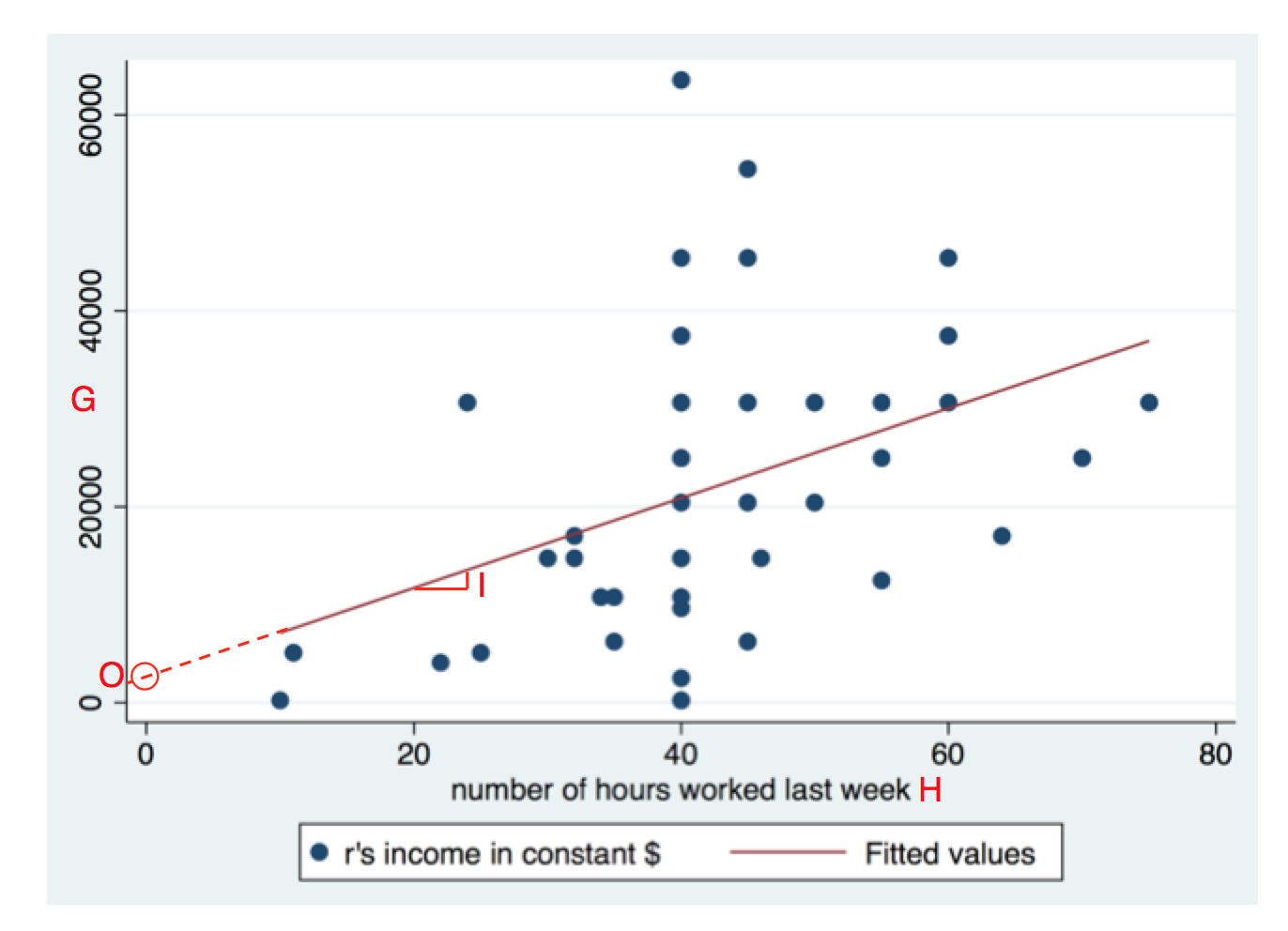 On the Y axis we have G, the dependent variable. The independent variable hrs1 is found on the X axis, denoted with an H. Each person is a dot (there is fewer than 46 dots, since several persons have identical values, and thus overlap).

The intercept (denoted with a O) ais found where the regression line passes the zero of the X axis. That is, our guess for how much a person who does not work at all will make each year. There were however no such persons in the sample.